The Ring: The Legend of the Niebelungenlied: The Volsungr Saga and The Saga of Ragnar Lodbrokr

Added to wishlistRemoved from wishlist 0
Add to compare

Added to wishlistRemoved from wishlist 0
Add to compare
$14.66 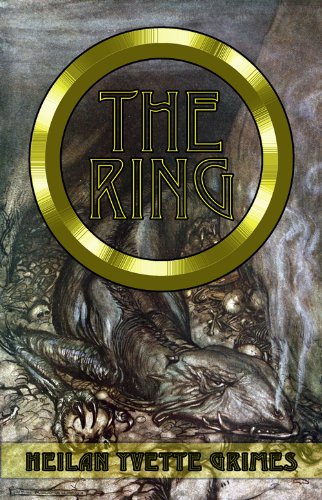 The Ring is a retelling of the Norse version of the ring saga, the greatest family saga in history. Versions of the ring saga have been told in many cultures. Wagner’s Der Ring des Nibelungen (The Ring of the Nibelung) is, perhaps, the most famous version. His work consists of four operas telling the German version. However, there are flaws in the German version, and some of it makes no sense.

The Ring, based on the Norse version of the saga, corrects a lot of the discrepencies in the German version. There is motivation and reason for what happens. And it’s a lot gorier.

The Ring is a tragic family saga with many villains and heroes, including the doomed lovers Sigurdr and Brynhildr. There are not one, but two dragons, with the legendary Fafnir being the most famous of the two. There are Gods, Valkyries, Kings, Queens, dwarves, shape-changers, and Adventurers.

The dwarf Andvari has a magical ring called the Andvaranautr. Andvari has used it to produce a huge hoard of gold which he keeps hidden in a cave behind the Andvarafors, a waterfall which feeds a mighty river. Andvari’s Hoard along with the ring are stolen. Andvari curses the wearer of the ring with tragedy. The curse can only be broken when the ring is returned to the river at the Andvarafors. Many people come under the ring’s spell. They covet the ring and must have it even if they have to steal and kill for it. There’s greed, gruesome deaths, and vengeance. Families do have their problems. In the meantime follow the ring. Nothing good happens to whomever wears the ring.

There are no reviews yet.

Be the first to review “The Ring: The Legend of the Niebelungenlied: The Volsungr Saga and The Saga of Ragnar Lodbrokr” Cancel reply

The Ring: The Legend of the Niebelungenlied: The Volsungr Saga and The Saga of Ragnar Lodbrokr

At Amazoopping.com we participate in the Amazon Services LLC Associates Program, which is an affiliate advertising program designed to provide a means for websites to earn advertising fees by advertising and linking to amazon.com.